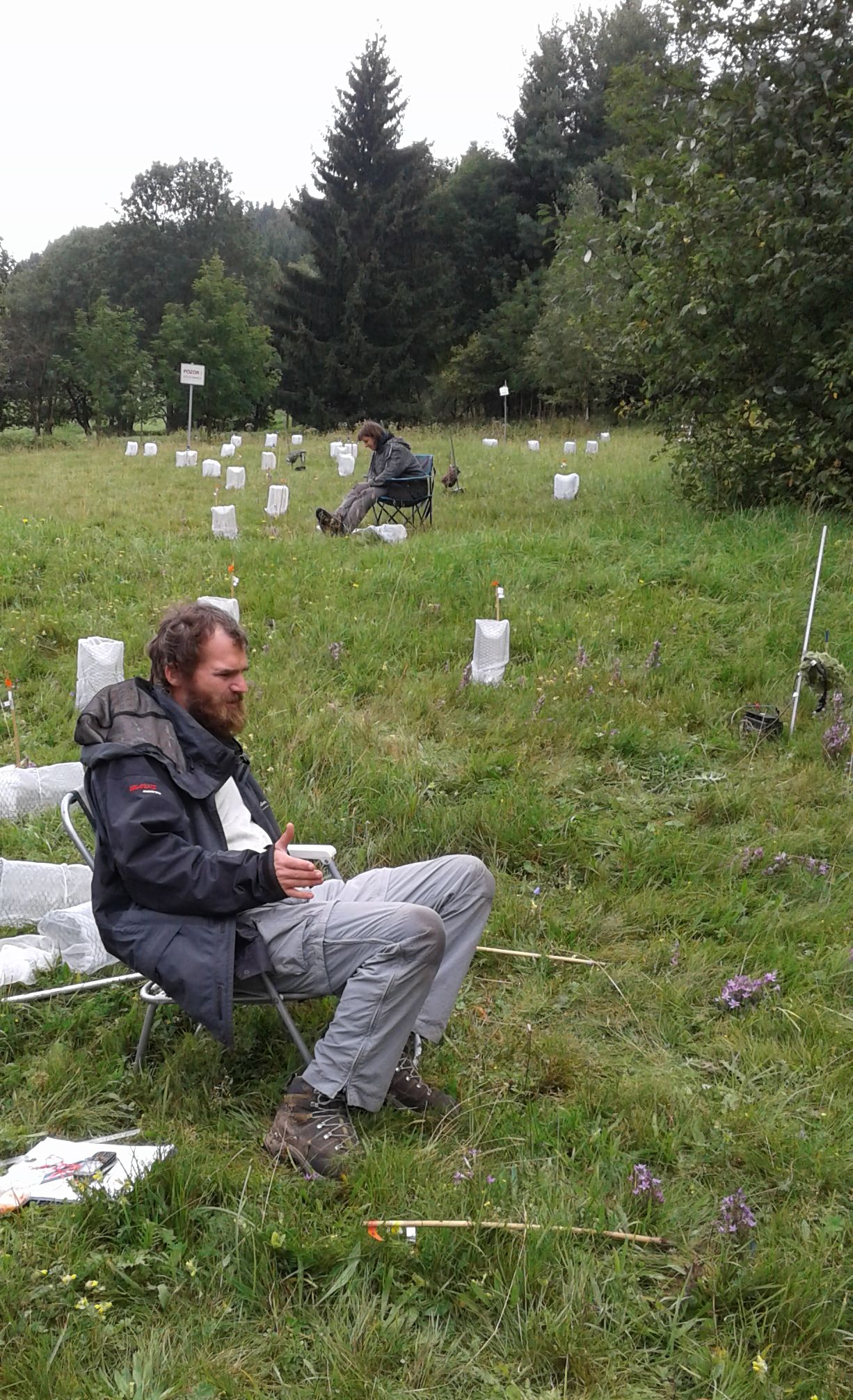 Gentianella praecox ssp. bohemica is a critically endangered plant endemic to Central Europe, which has disappeared from many of its previous localities because of the short-tuft grasslands management changes. As a part of projects aiming its conservation, our colleagues from the Institute of Botany CAS and Daphne NGO are studying its pollination system. This week, Robert has joint Petra Janečková, Michael Bartoš and Záboj Hrázský for fieldwork in the Hořečky (btw., the Czech name of the plant) Natural Reserve for manipulative experiment revealing what is the real pollination efficiency of its most common visitors. Although the weather was not the best, we have collected quite good dataset. In the next week or two, the experiments will be performed in a few other localities of the plant. Hopefully, the results we be interested not only from the scientific point of view, but they will help to protect the beautiful plant as well.