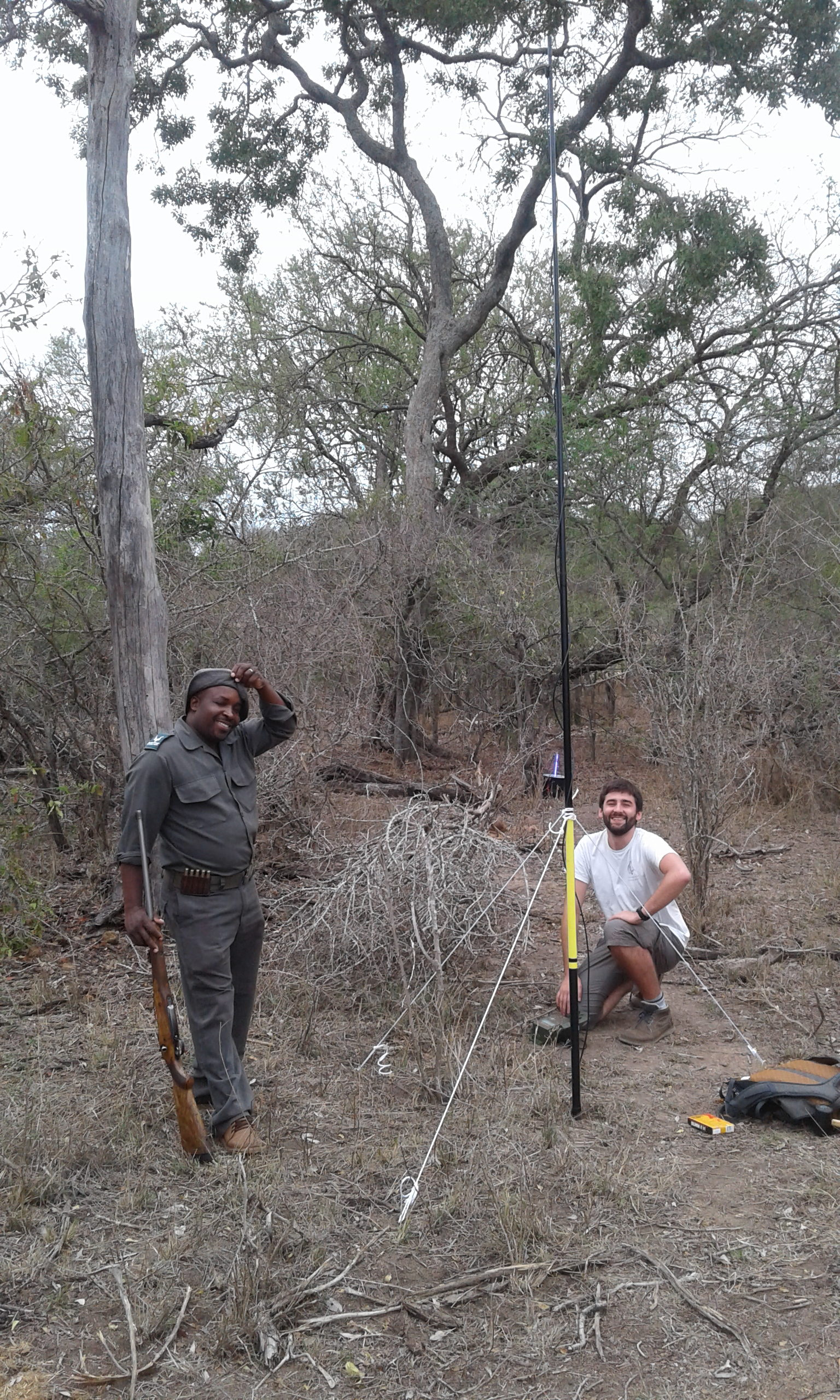 Sylvain, together with our guard Annoit, installing a bat recorder, a moth trap is in behind. ©R. Tropek

Sylvain and Rob have spent a bit over two weeks in the Kruger National Park, South Africa, they are coming back tomorrow. They have been sampling moths and recording bats for the larger project of Petr Pysek and David Storch focused on the role of seasonal rivers for dynamics of biodiversity in African savannas. Despite some initial difficulties caused by delivery delays of our equipment, the sampling was successful and they are bringing back moths and data from 30 plots in the southern part of the park. This material will be processed in the coming months, whilst Rob and Sylvain are already arranging the next sampling in February/March 2019.