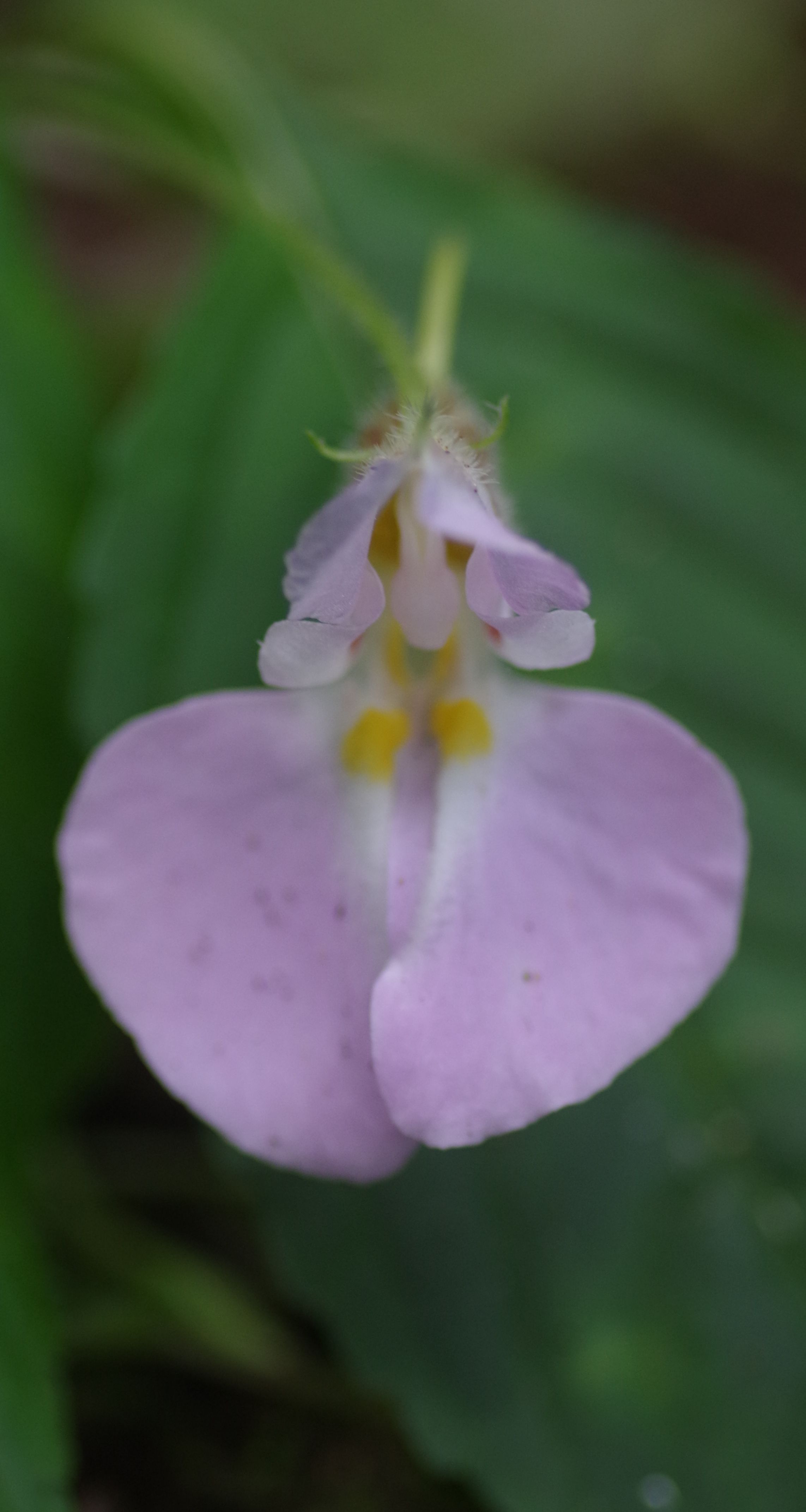 View into a flower of Impatiens burtoni. © Š. Janeček

A new study on a pollination system of Impatiens burtonii with Eliška’s contribution has just been published by the New Phytologist journal. Its authors, led by Štěpán Janeček, focused on morphology of the flower spur in relation to morphology and behaviour of its insect visitors. They decided to verify the old presumptions that only specialised long-proboscid pollinators are able to pollinate long-spurred flowers. In the studied Cameroonian jewelweed they revealed that the three commonest visitors, with proboscises of various lengths, are able to pollinate the flowers. Their abundances varied as the amount of nectar changes during the day – even short-proboscid visitors could reach the nectar if it accumulated sufficiently. In the morning, the almost full spurs were reached by short-proboscid hoverflies. Medium-proboscid bees were most active during mid-days. Finally, all these were replaced by highly specialised long-proboscid hoverflies during afternoons when the spurs are almost empty. Contrary to the expectations, bees are the most efficient pollinators, depositing most pollen grains during each visit. The authors thus hypothesised that the long spurs may not necessarily be the co-evolutionary adaptations for the highly specialised long-proboscid pollinators. They can rather efficiently partition resources among more diverse pollinators with different morphology. Check the full article for its nice pictures!