Two weeks ago, Vincent and Sylvain returned from their fieldwork in Cameroon, altogether it was our group’s fourth visit to Cameroon this year. Firstly, they visited the Bimbia-Bonadikombo Community Forest, the last remaining coastal forest in the foothill of Mount Cameroon, to fill the last small data gap in the local moth sampling. The sampled material will be processed as soon as possible by us and our collaborators, mainly because we want to point out the importance of this highly threatened forest and the poor state of its protection. Subsequently, they carried out the second and last sampling for our project on effect of forest elephants’ disturbance on biodiversity of Lepidoptera communities. We also expect having first results in the next year.

On Friday, Štěpán has also left to Cameroon to help ornithologist from our department in Prague. Furthermore, Rob, Vincent and Sylvain are carefully watching the situation in Zimbabwe where they are planning to go in two weeks.

A plantation inside the non-intervention zone of the Bimbia-Bonadikombo forest. © S. Delabye 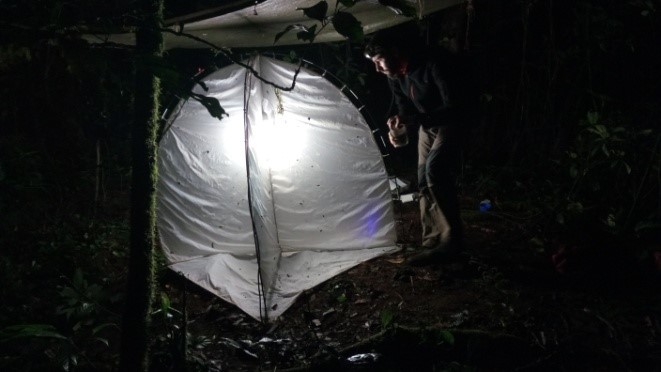