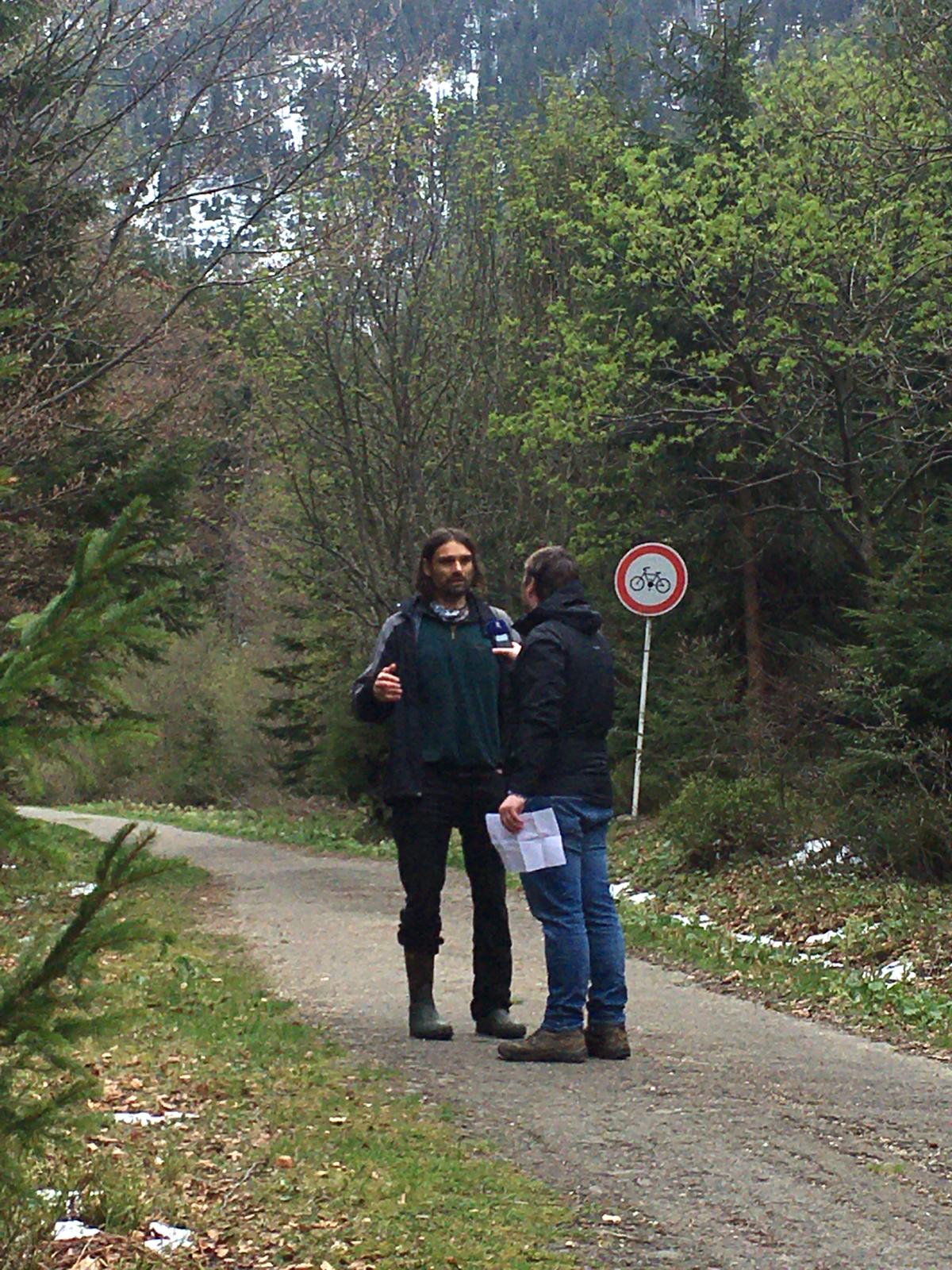 Štěpán being interviewed in Krkonoše.

In the past months, our research has repeatedly appeared in media, especially in Český rozhlas Plus, the Czech public radio focused on science and society. Our last sampling trip to Kruger NP was accompanied by a journalist Ondřej Novák who recorded rich material. Mainly, it resulted in an episode of the Adventure of Science, a series specialised on international research of Czech Scientists. Some additional material from Kruger was used for three (1, 2, 3) episodes of the Natura broadcast dissecting particular aspects of our work, as well as biodiversity and protection of African savanna. Ondřej Novák also accompanied us to our fieldwork in Krkonoše where he recorded a long interview with Robert on ecological and evolutionary aspects of pollination interactions. Our research has appeared also in a broadcast on biological research in the Krkonoše NP. Last but not least, Robert also gave an interview on urban biodiversity in Prague, including its efficient protection. It is always fun for us to participate on popularising of ecological knowledge in media. (Unfortunately, all above-mentioned broadcasts and interviews are in Czech.)